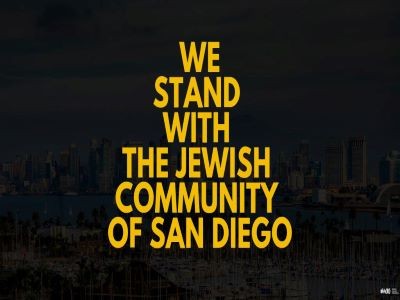 The Jewish Federation of Silicon Valley is horrified by the news that on the last day of Passover, and only six months after the Tree of Life attack, our Jewish community has been terrorized yet again. This morning, a gunman entered Chabad of Poway in San Diego and opened fire during the congregants’ Passover service. There were four casualties, including one death.

Our hearts are heavy with sorrow for the community’s loss of Lori Kaye, who was killed. We extend our thoughts and condolences to the victims, their families, and the entire community as we pray for their quick recovery.

It is so difficult to fathom and tolerate the surge of hate-crimes our community faces along with other targeted communities.

With the fixation on houses of worship, these targeted attacks are hitting us where it hurts the most. We gather at our synagogues as a source of peace, unity, and strength and we will not stand down to such violent acts of oppression that aim to disfigure them.

Standing together as a community, we hope to find the solace, strength, and support that will defeat hate and bigotry.