The JCRC of Silicon Valley is actively engaged in the national Confronting Poverty initiative sponsored by the Jewish Council for Public Affairs. Locally we are a partner in StepUp Silicon Valley, the community-wide coalition sponsored by Catholic Charities whose goal is to cut poverty in half in our community in ten years.

As 46 million Americans struggled in 2011 to get adequate nutrition, our JCRC worked hard to protect SNAP benefits from funding cuts, as the "Super Committee" debated how to solve the nation's deficit. We educated the community through awareness programs such as Hunger Banquets and screenings of the movie "Food Stamped" (www.foodstamped.com). We encouraged people to take the Food Stamp Challenge--eating on a food stamp budget of $31.50 for one person for a week.

In 2010 we advocated extensively for a strong Child Nutrition Reauthorization, the legislation that authorizes and funds school breakfast, lunches and after-school snacks for low-income children. In 2012 we will again be advocating for maintaining the funding for SNAP (Supplemental Nutrition Assistance Program, formerly food stamps), which is part of the Farm Bill.

California anti-hunger advocates have a lot to celebrate in 2011. Among the bills that passed in the state legislature and were signed by the Governor this year, one of the most important eliminated finger imaging and quarterly reporting for CalFresh benefits (the name of SNAP benefits in California).

For 10 years, starting with then-supervisor Jim Beall's letter to the state assembly to re-assess the fiscal value of finger imaging, through annual bills persistently brought year after year, this fight was waged in Sacramento and through the work of hunger advocates across the state. Loud cheers were heard across the state when Governor Brown signed into law AB 6, finally eliminating this barrier to getting food assistance to people who need it.

On December 16, 2011, members of the Safety Net Public Policy Committee celebrated and honored Assemblyman Jim Beall for his work in eliminating this barrier to CalFresh. Some photos from the celebration are below.

JCRC hosted two Child Nutrition Seders in Passover 2010, along with 40 communities across the country, to teach about and draw attention to the Child Nutrition Reauthorization. A special hagaddah was used that begins with the traditional line, "Let all who are hungry come and eat", and focuses on our responsibility to make this statement a reality. The seder ended with the opportunity for participants to sign letters to members of Congress, asking them to support a strong reauthorization.

View videos of our Child Nutrition Seders from March 22 and April 6.

This video describes the collaborative effort between San Jose State University (SJSU) and Most Holy Trinity Church (MHT). Learn how Dr. Marjorie Freedman, a professor in the department of Nutrition, Food Science and Packaging at SJSU is working to promote the key messages of Let’s Move! to address the high rates of overweight and obesity in a low-income population comprised primarily of ethnic minorities (Vietnamese, Filipino, Hispanic and Samoan) living in East San Jose. 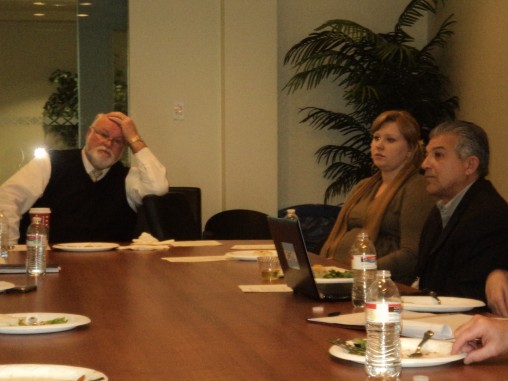 Toward Women's Economic Equality: A Freedom Seder for All 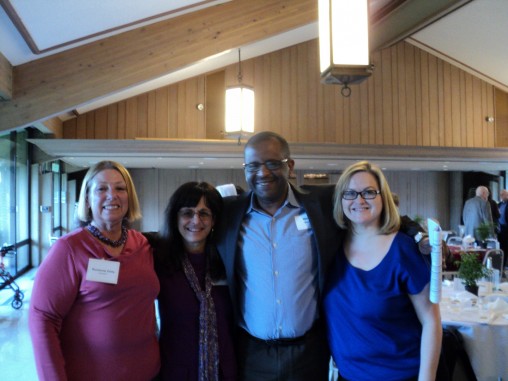 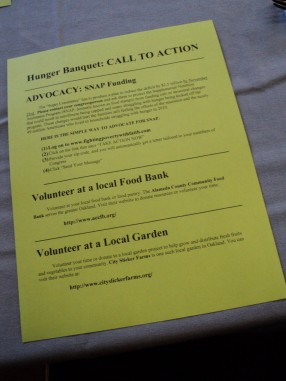