The Addison-Penzak Jewish Community Center of Silicon Valley is a nonprofit community center that welcomes people of all faiths.

We work to enhance Jewish life in Silicon Valley, and to provide social, cultural, educational and recreational services for the entire community.

We always welcome feedback and would like to hear from you. Please contact us at info@svjcc.org or 408.358.3636 with your questions or suggestions.

Where did the JCC come from? It all started back in the 1850s when the first Jewish community centers were founded as cultural centers for Jewish immigrants. In the early 1900s, JCCs added athletic programs, and later in the century they began to offer summer camps, preschool, informal education, services for the aged, and all the services JCCs are known for today. As Jews became accepted into the mainstream of American life, JCCs began to serve the entire community and today, JCCs welcome people of all faiths.

Our JCC was founded in San Jose in 1973, and received official nonprofit status in 1974. In 1984 we moved to our current 9-acre campus in Los Gatos on the site of the old Berry School. A grant from Arnie and Cookie Addison helped purchase the campus. Mrs. Addison's maiden name was Penzak, hence we became the Addison-Penzak Jewish Community Center of Silicon Valley.

The current building opened in 2005. Funds for construction came from Gloria and Ken Levy, Eli Reinhard, and many other donors whose names can be seen on the donor wall in our main lobby. Thank you to everyone in the community who has worked so hard to make the JCC what it is today.

The Addison-Penzak Jewish Community Center of Silicon Valley is dedicated to the enhancement of Jewish life by providing for the social, cultural, educational, recreational, health and wellness needs of our community. We provide a common meeting place and extend these services as a resource for the entire Jewish and general community in the town of Los Gatos and greater Silicon Valley. 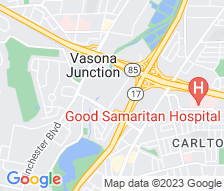