What a Difference 40 Years Makes: American Jews and Israel 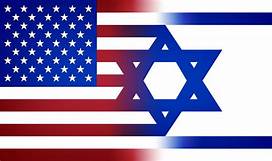 In 1980, before Lebanon, before Sabra and Shatila, before the Intifadas, before the fall of the Berlin Wall and the immigration of the Jews of the FSU, before Oslo and the assassination of Prime Minister Rabin, before Start-Up Nation and Birthright Israel, the relationship between American Jews and Israel was quite different and seemingly more straightforward. With three outstanding American Zionist leaders, we will explore contemporary developments in the relationship between American Jews and Israel.

ZACK BODNER, CEO of the OFJCC, is the former regional direction of AIPAC, and serves on the boards of JCCA of North America, YPO SF Bay Chapter, American Friends of Tel Aviv University Northern California, and the Taube Family Foundation.

RABBI JOSH WEINBERG, is the Vice President of the URJ for Israel and Reform Zionism and is the Executive Director of ARZA, the Association of Reform Zionists of America. Living in Israel, he was active in the recent campaign for ARZA in the World Zionist Congress elections.